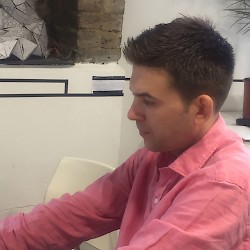 I have spent the last decade working in financial journalism at the highest level in the United Kingdom covering mergers & acquisitions, private equity, hedge funds, stockmarkets and restructuring.

I began my career on trade publications, such as Financial News, Air Finance Journal and Mergermarket.com. In 2005, I joined The Daily Telegraph as its first ever M&A correspodent and broke several major stories, such as Qatar's attempt to buy J Sainsbury for £12 billion in 2007. I have also written extensively for The Sunday Telegraph following the merger of editorial teams at the Telegraph Media Group.

In 2013, I left the Telegraph Media Group to work on freelance basis and have since been published in the The Sunday Times, The Times, the Daily Mail, the Mail on Sunday, Private Equity News, Financial News, the Australian Financial Review and Dealreporter.

I set up Betaville in 2014 and have broken several agenda-setting scoops, including the £3.5 billion merger of Carphone Warehouse with Dixons Retail in 2014.